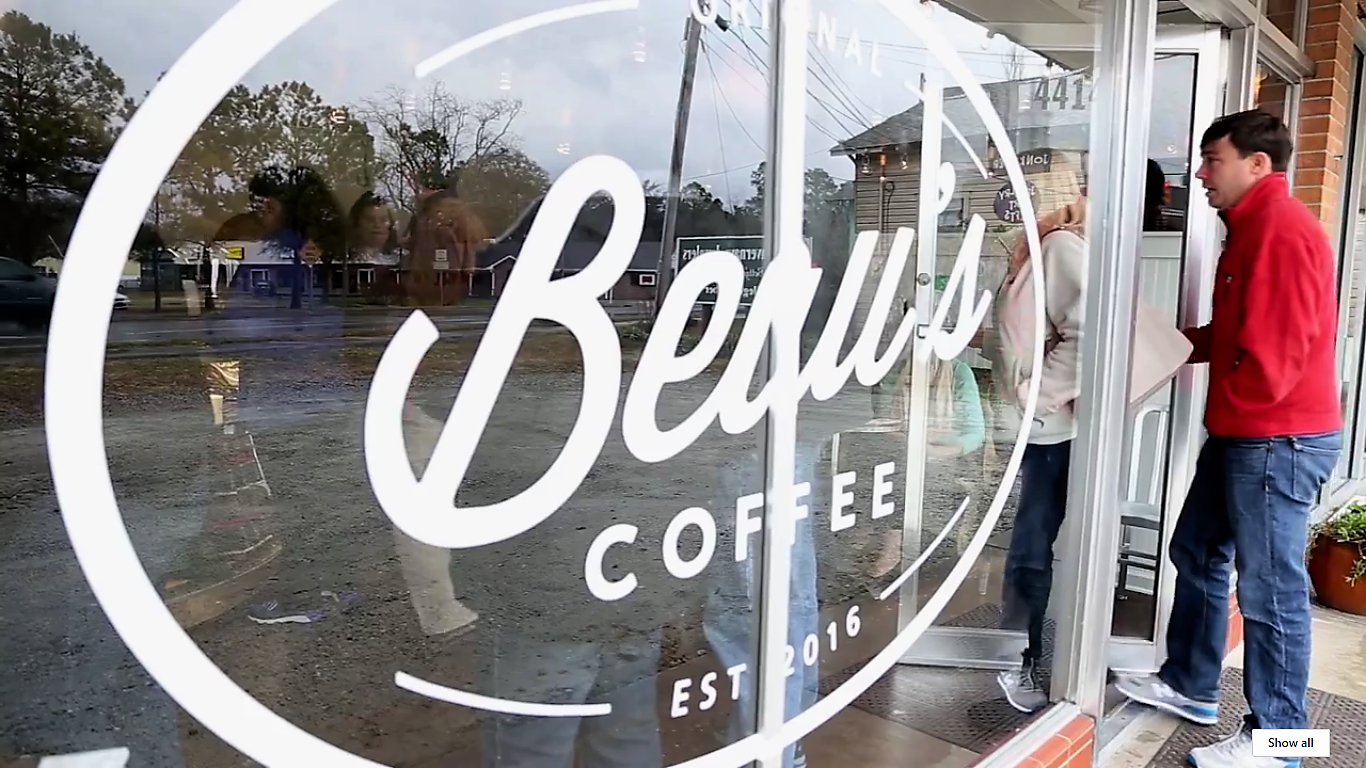 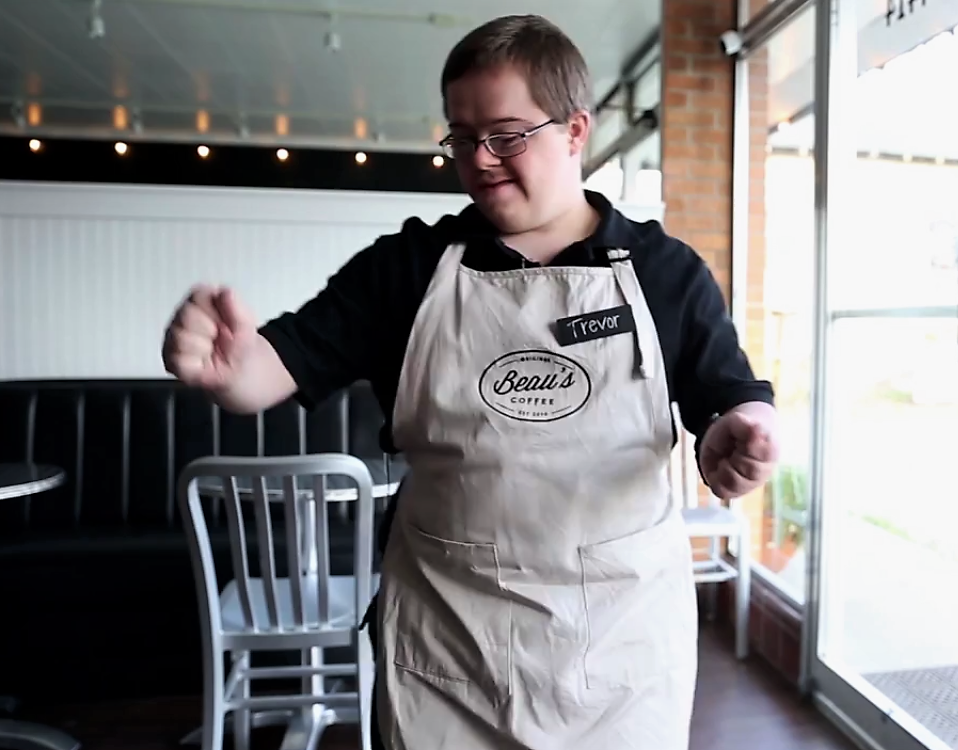 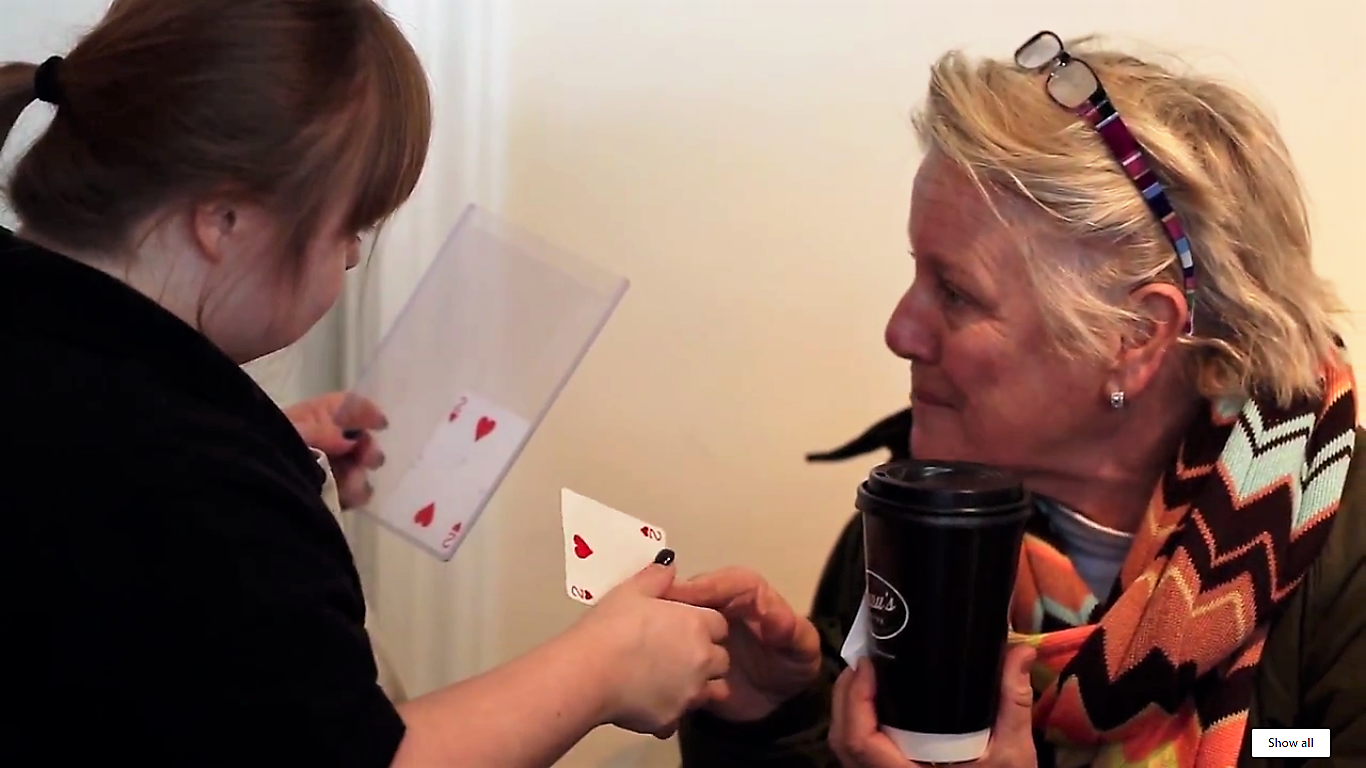 Amy Wright and her husband have four children of their own, the two youngest, Bitty and Beau, have down syndrome. With hard to believe statistics, only about 30 percent of those with Intellectual and Developmental Disabilities are employed. Wright wanted to create an opportunity for those in her community to show the value and potential of individuals with IDD.

“The takeaway is maybe we’ve changed one heart or one mind,” Wright said. “We’ve given somebody some new perspective, and…maybe they’re going to go back and try to figure out a way.”

Bitty & Beau’s Coffee stands for values, inclusion and acceptance of those with intellectual and developmental disabilities.

Photos and video were created by Tegan Johnston. Tegan recently graduated from the University of North Carolina in photojournalism and currently interns with The Flint Journal. Tegan’s wonderful and inspiring work showcases that “each person is a living story that helps connect and transform this beautifully diverse world.”

To learn more about Intellectual and Developmental Disabilities you can visit the Eunice Kennedy Shriver Intellectual and Developmental Disabilities Research Center. This program was established to support researchers to have a goal of advancing their understanding topics concerning IDD. The Arc is another organization that is a leading advocate for individuals with IDD and their families. They provide support and services to those in need.

beau's coffee, bitty and beau's coffee, coffee shops, down syndrome, idd, intellectual and developmental disabilities, north carolina, wilmington, wilmington north carolina
Those with Intellectual and Developmental Disabilities Have So Much to Give: The Story of Bitty and Beau’s Coffee2017-01-102017-01-12https://www.envisionkindness.org/wp-content/uploads/2017/07/envision-kindness-logo2.pnghttps://www.envisionkindness.org/wp-content/uploads/2017/01/screenshot-33.png200px200px