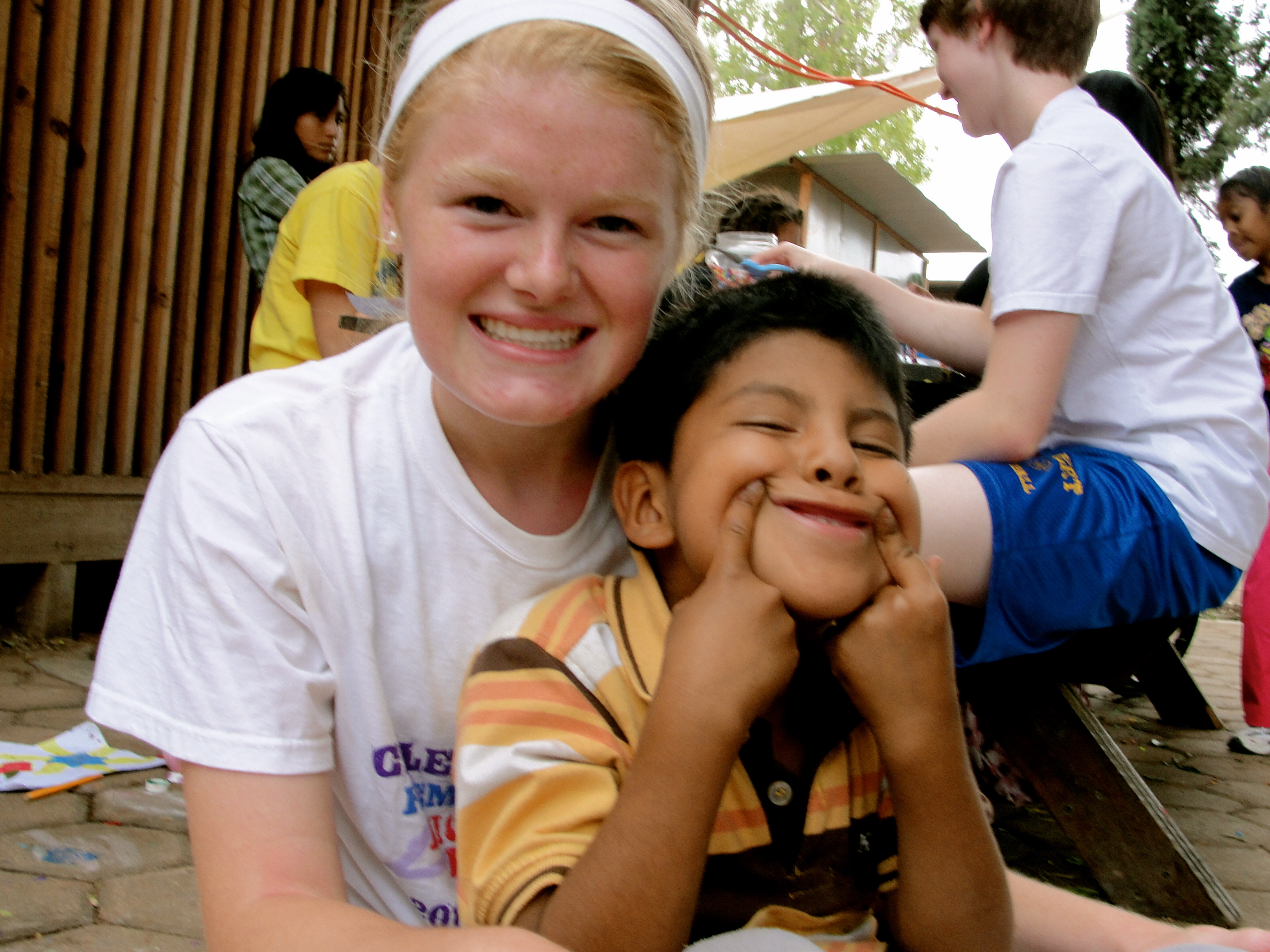 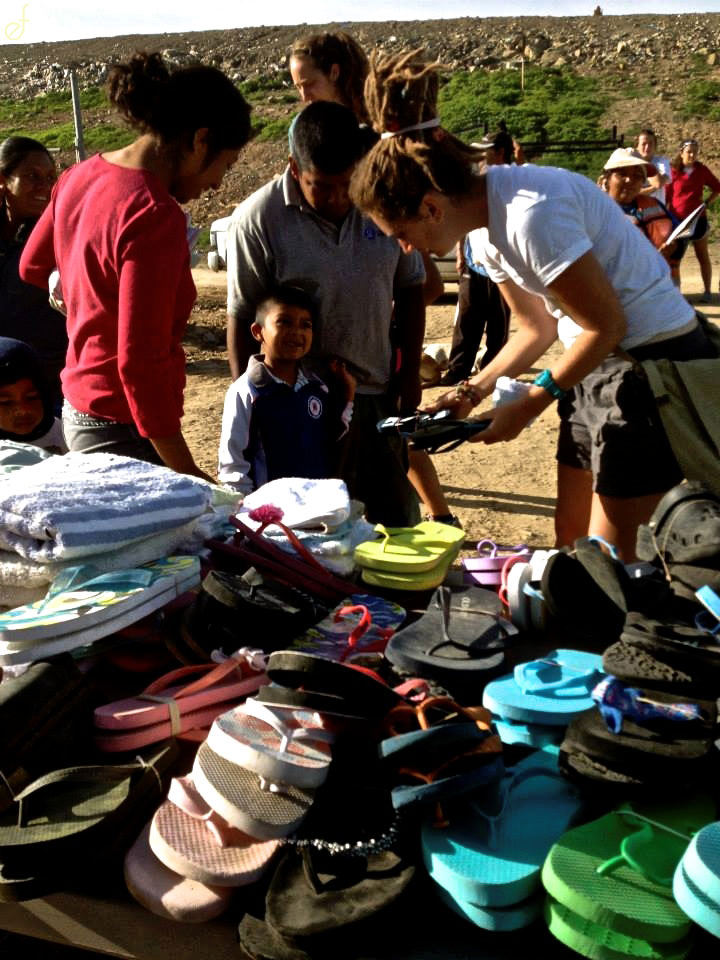 The name Simply Smiles meant so much more after reviewing this story submitted by Evelyn Fenick. The photo submission name “Give” lends us just a little insight into the amazing charity work and joy that Simply Smiles and Evelyn gave to the Oaxaca village in Mexico.

Evelyn’s mission trip with Simply Smiles was full of eye opening experiences. Each day brought new challenges but at the same time companionship and understanding from all involved. One day consisted of visiting an orphanage that Simply Smiles built. Here the volunteers got to play with the children, cook, do crafts, and even listen to a mariachi band. Even though many of the volunteers knew little Spanish, “the children still welcomed me and we were able to communicate solely with smiles.” says Fenick. Despite having so little, the children were cheerful and excited to have the extra companionship.

One of the most remarkable experiences in Oaxaca was when the organization and volunteers visited the city dump. There were families living and working in the dump. Families spend most of their days work searching through the dump to collect items they can then sell. Each bag that they collect is worth one dollar. Volunteers were instructed to shake all of the families and workers hands. The reason why is heart wrenching. Buyers of the collected bags will not even place the dollar in the workers’ hands. Instead, they put the dollar payment on the ground. Shaking the workers’ hands gave a sign of respect and was very appreciated.

Late in the week the organization returned to the dump and had a drive of shoes, clothes, sheets, milk, towels, toilet paper and non perishable foods. Families lined up to choose what they needed. Even though each family was very much in need, the love and compassion the villagers had for one another was undeniable. A family chose a pair of shoes, as another family stood behind them, the man offered the shoes he had just chosen to the man behind him – he thought that this other family would have liked the shoes very much.

The week culminated with a fiesta. Invitations were passed out to all of the villagers from the village where the Simply Smiles base is stationed. Villagers helped with the cooking and there was a huge meal for everyone to enjoy.
We couldn’t sum up this story any better than from Evelyn’s words:
“After the trip I was so much more thankful for the small things that happen throughout the day and seeing the generosity of people. I realized that life’s meaning is to be kind and do good onto others. It taught me to not take anything for granted and to have an open mind to new adventures and meeting new people. There is a quote by Margaret Mead that states, ‘Never doubt that a small group of thoughtful, committed citizens can change the world; indeed, it’s the only thing that ever has. ‘ “
Evelyn Fenick studied Fine Arts at the University of Connecticut in 2013 with a concentration in Photography.
Be Kind, kindness, love, Mexico, Oaxaca, Oaxaca City Dump, pay-it-forward, Picture a Better World, share kindness, Simply Smiles

Watch Stray Dog Jump into Action to Help Kindergartners Safely Cross Busy Street
This canine crossing guard would not stand idly by while a group of kindergartners was trying to cross a busy street in Batumi, Georgia.
goodnewsnetwork.org
16    View on Facebook

Envision Kindness6 days ago
Kindness (love for other) gives courage.

This Blew My Mind
A dog is inches away from being swept away in raging waters – then a group of strangers do the unbelievable... ❤️🙏
View on Facebook

Envision Kindness1 week ago
"One night when everyone was sleeping, I took my bike out to the street. I took a bag I had packed, containing cookies and juice, and went out riding, delivering the food to homeless people on the streets."

On World Kindness Day 2019, we reached out to the Envision Kindness community and asked them to share stories of kindness, joy, and love. Today, we share Hicham’s story. Hicham’s story takes place in Nador City, Morocco. He captured this image because he felt as if the clouds were smiling at him.

Kindness Story #1: The Smiling Cloud
On World Kindness Day 2019, we reached out to the Envision Kindness community and asked them to share stories of kindness, joy, and love. Today, we share Hicham’s story. Hicham’s story takes place in Nador City, Morocco. He captured this image because he felt as if the clouds were smiling at ...
envisionkindness.org
9    View on Facebook
Join Us!
© 2016 Envision Kindness. All Rights Reserved.